NFOE Inc.: Evolution of the management team in 2018 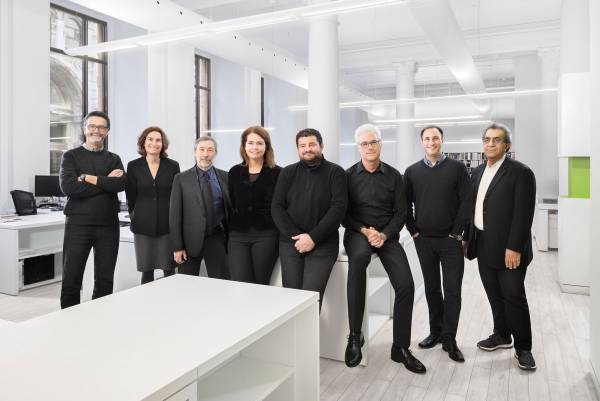 We are also proud to present the five new principals within our architectural firm: Maxime Pion, Dominic Daoust, Geneviève Goudreau, Deirdre Ellis et Enrik Blais. This enthusiastic and experienced leadership succession is an important asset for the evolution of NFOE Inc. 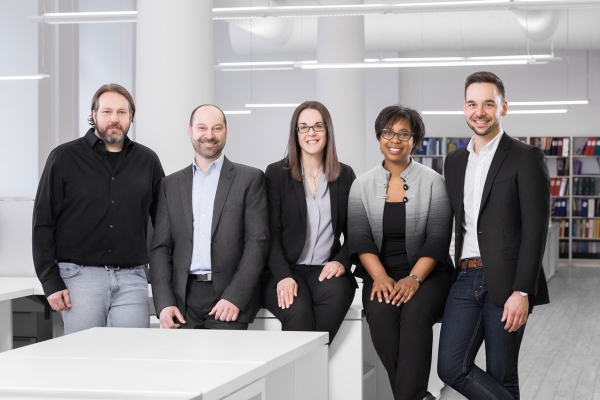 Deirdre Ellis : LEED accredited architect, Deirdre Ellis graduated from Carleton University in 1996 with a Bachelor of Architecture and obtained a Masters in Applied Sciences (Planning) from the University of Montréal in 2001. She joined NFOE in 2010. Deirdre has experience in a variety of project types and is particularly focused on Sustainable Design. She is often involved in the management of complex projects, like the Clinical Laboratories and Pathology Department at the new Glen Campus of the McGill University Health Centre, as well as the Canadian High Arctic Research Station project in Cambridge Bay, Nunavut. 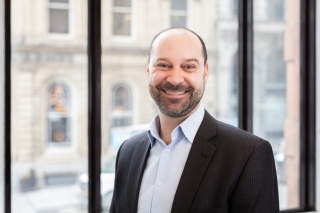 Dominic Daoust : Architect acting as senior project manager, Dominic Daoust graduated from University of Laval in 2000 with a Bachelor in Architecture, having previously obtained a diploma in Architectural Technology from the Cegep de Saint-Laurent in 1997. He joined NFOE immediately after graduation. Dominic possess considerable experience with Life Science and General Science facilities. As project manager, Dominic contributes his creativity, knowledge and experience in laboratory design to some of the firm’s important projects for the Jewish General Hospital, the Maisonneuve-Rosemont hospital, as well as several government agencies. 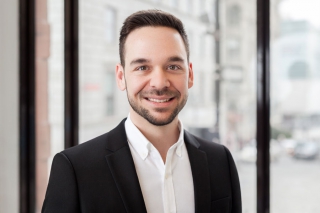 Enrik Blais : Senior project manager for NFOE, Enrik Blais obtained an Architectural Technology diploma from the CEGEP Lévis-Lauzon in 2004 and joined the firm in 2005. His determination and willingness to acquire new skills led him to obtain a Bachelor of Construction Engineering from the ÉTS in 2011, as well as a PMP certification (Project Management Professional) in 2018. He has acted as project manager on several pharmaceutical production plant and research facility projects for important clients such as GlaxoSmithKline Biologicals, Héma-Québec and Medicago. 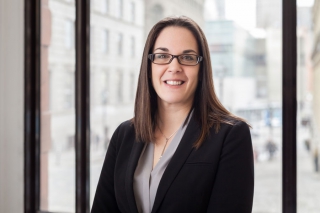 Geneviève Goudreau : Architect, interior designer and senior project manager, Genevieve Goudreau joined NFOE in 2003. She worked for some time in the firm’s design department and then concentrated on project management. She graduated from University of Montreal in 2003 with a Bachelor in Architecture, having previously obtained a DEC in Interior Design from the Cegep du Vieux Montréal in 1999, and she merged her training in architecture and interior design into project management and design. Always sensitive towards the quality of operations, today Geneviève acts as project manager for important clients such as the Montreal School Board (CSDM), McGill University and Public Services and Procurement Canada. 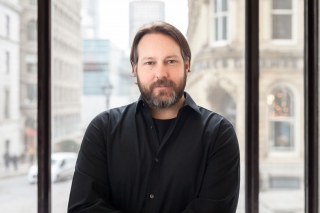 Maxime Pion : Architectural Designer with experience in a variety of project types, Maxime obtained his Bachelor of Architectural Design from the University of Montreal in 2001 and a Master's degree in Architecture from the same institution in 2003, after obtaining a Bachelor's degree in Environmental Design at UQAM in 1999. He joined the firm’s design team when he started working for NFOE in 2005. Combining originality and functionality, he has since worked as architectural designer on several major projects. Maxime’s know-how impact both the essence of the spaces and the design quality of the firm's projects, having been rewarded with several design awards in recent years.

About NFOE Inc.
Founded in 1912, NFOE et associés architectes maintains to this day a long tradition of its commitment and contribution to the development of Montréal.  Over the years, the firm has developed a specialization in the design of complex and sophisticated facilities that require a thorough understanding of programmatic requirements, flexible design approaches, and the seamless integration of architectural and technical considerations. NFOE is recognized as one of the leading architectural firms in Quebec and Canada in the design of facilities for the life sciences and high-tech industries. Our goal is to achieve an architectural response that transcribes into built form our client’s core and cultural values and objectives, be respectful of its context and environment, responsible to the time and true to the materials and assemblies.
www.nfoe.com